A Finite State Machine is a model of computation based on a hypothetical machine made of one or more states. Only one single state of this machine can be active at the same time. It means the machine has to transition from one state to another in to perform different actions.

Above image is a simple FSM, each circle is a state and arrow is an event or action. 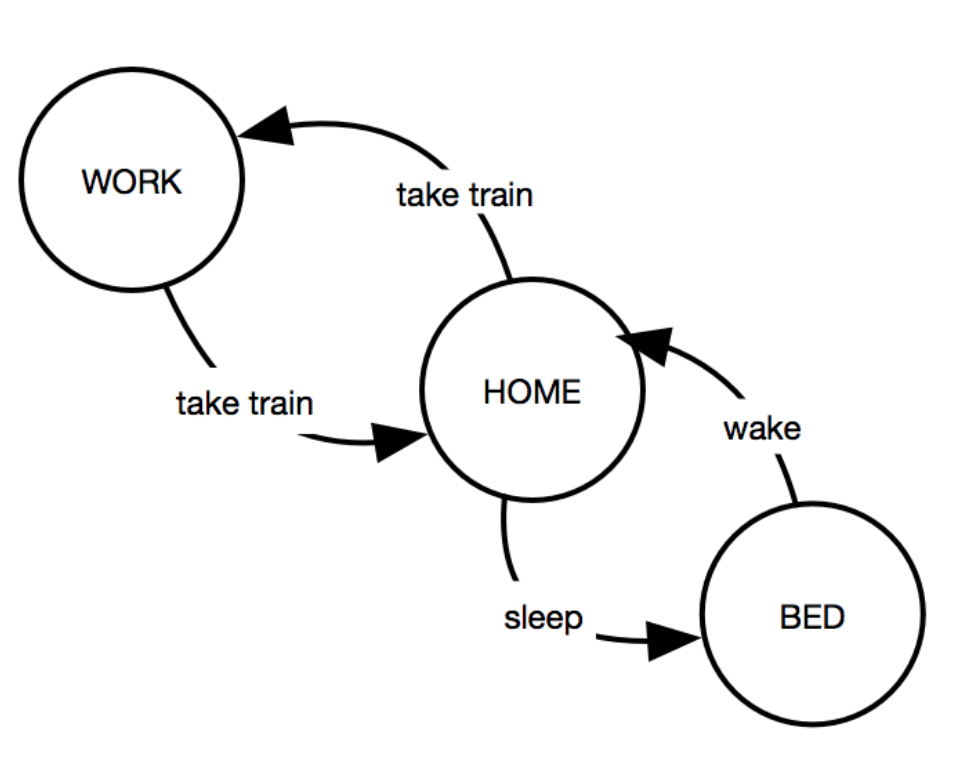 3. Thinking in term of states (instead of transitions)

(Okay, tbh the concept of FSM is eye-opening for me :kappa:)

We will try to solve a very simple problem that we face everyday. We want to fetch data from a back-end API and display to the user

Before get into state machines, my workflow for building such a feature is something like this:

It seems pretty right for me, until there are a bunch of bugs coming because user dispatched an unexpected action

What if we think in the states way: