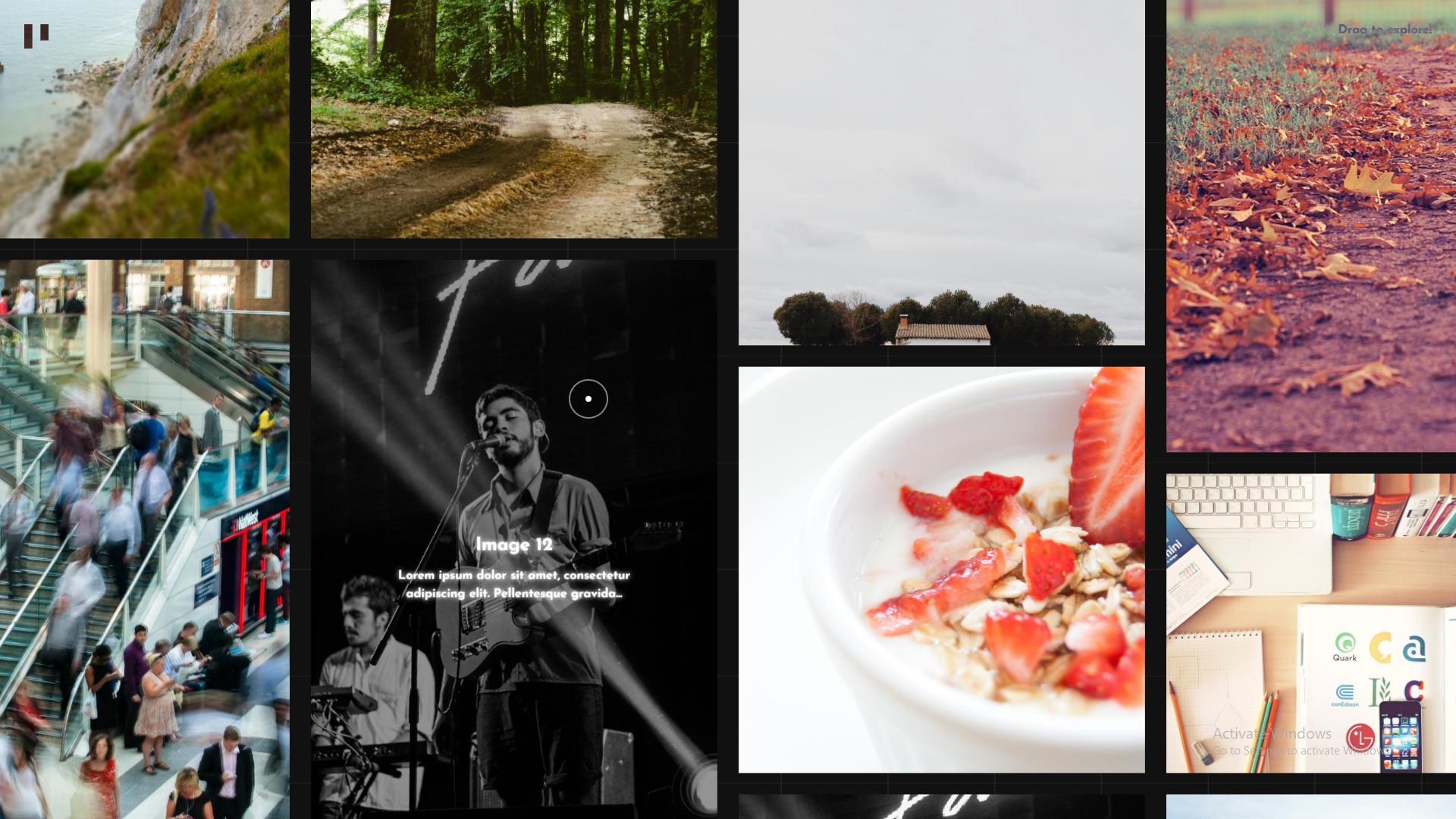 As I was looking for inspiration on Awwwards, I came across this beautiful little site: Bien Joué. The site features an infinite image gallery in a 3D space, with some amazing WebGL effects on user interactions.

The infinite gallery fascinated me, and I wondered if I could re-implement the gallery-part with react-three-fiber. After some experiment & fumbling around, I was able to put out a small “demo-able” app:

It was a fun & challenging project, and I want to share my approach with you in this small memo. I’ll write about what I think are the two core problems we’d need to solve to make an infinite gallery possible:

Before jumping in the main points, you should know that I’ll only be discussing the above-mentioned problems on a “concept” level. I’ll not go into any actual technical implementation, nor do I think I should.

I use react-three-fiber for the re-implementation, but with the concepts worked out, I believe you can also create similar solutions with other libraries & languages.

I suggest you take a look at my demo app first to have better visualization of the 2 problems I have mentioned above. Again, they are: 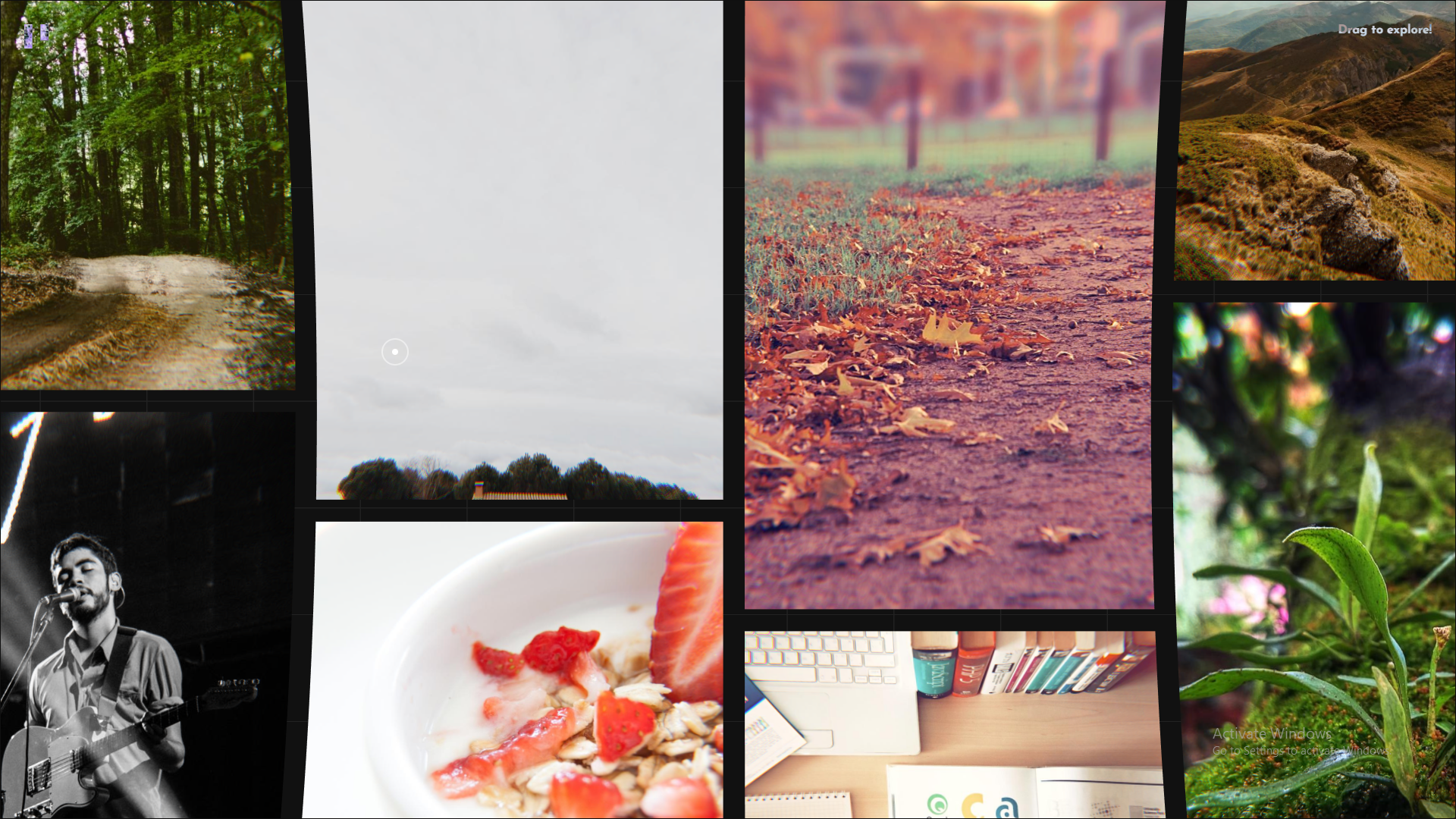 Let’s say we have an original image grid. Building this grid is simple & totally up to your preferences, so we’ll skip this step. For example, in my app, I use a 6 x 5 image grid, with a little offset among the columns to create a masonry-style one.

Basically, we want a gallery space that expands indefinitely.

The most brute solution I could think of is to duplicate & render more images when needed, but that would also bring up horrendous performance issues, and a session probably wouldn’t last very long before crashing.

Such solution is clearly not viable. Therefore, I try to use a technique that is pretty common in infinite sliders:

Performance-wised, it’s fantastic. The question now is how to adapt it to fit the problem on hand.

After putting in some thoughts, I decided to go for the below approach:

Using the above-mentioned logic, we can make sure that the user is always looking at the center grid, and the boundary grids that surround it will always be updated to follow the user’s “look-at” position. This will create a feeling that the gallery is infinite, while in fact, there are only 9 grids moving around.

This one issue is, fortunately, a tad easier to solve than the first. My approach is:

Having both the image and the grid’s position, we can calculate the image’s exact global position. Now calculating the distance between them & the center point is a breeze.

I want an effect like this graph (also similar to the effect seen on Bien Joué): 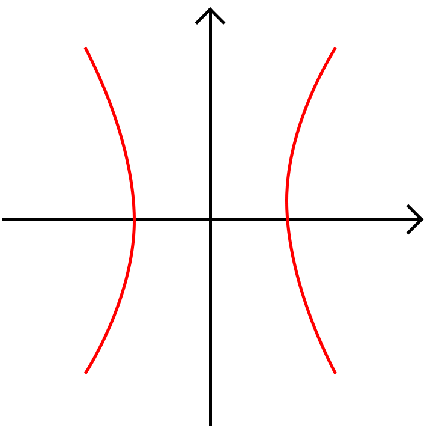 Shader is a complicated topic, so I’ll not be going into the detailed shader implementation. For anyone that’s interested, please refer to my shader file.

Since I have mentioned that I’ll only be taking the core problems on a concept level, please forgive me if I have skipped too much on the technical aspect. All in all, it was a fun journey exploring how to build up a solution for an infinite gallery with r3f. The result came out better than I expected, though some performance issues are still around.

If you are interested in the details of my implementation, please refer to my Github repo.